Last week we had a fantastic book launch of The Impact of Zionism and Israel on Anglo-Jewry’s Identity, 1948-1982: Caught Somewhere Between Zion and Galut – by Jack Omer-Jackaman.
It was a very pleasant and educative event in which the author revealed fantastic research he has done on the topic. This book is surely a must read if you want to understand all the new answers and fluctuations of the polarized attitudes of the Anglo Jewish community to Zionism.
IT is the most comprehensive study on the topic. Jack Omer-Jackaman, not being a Jew, has been especially conscious of his duty to present a truthful and objective picture. As he came from the outside world with no preconceived ideas his research is meticulous and accurate. A must for anyone who has even a vague interest in the topic. 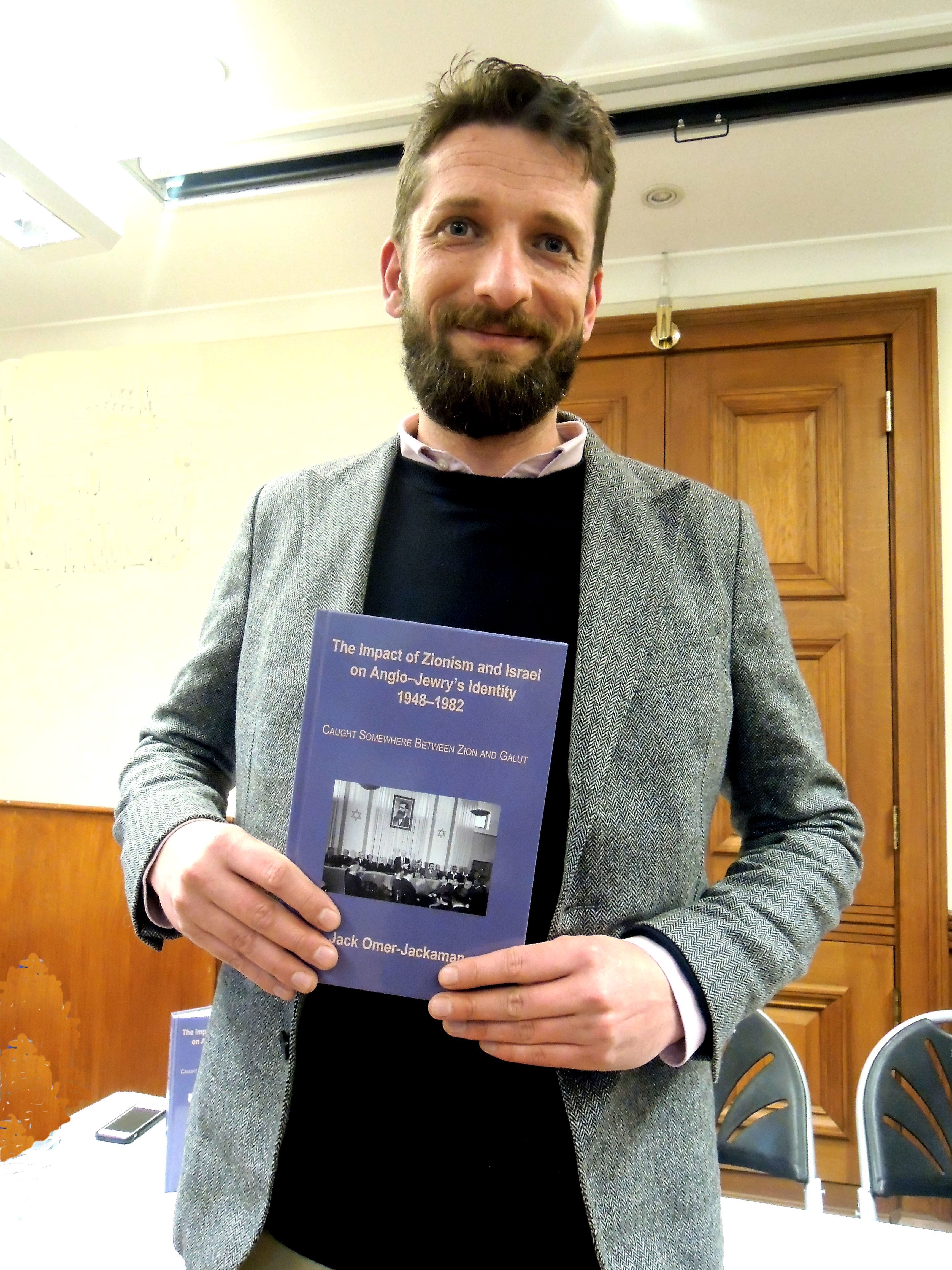 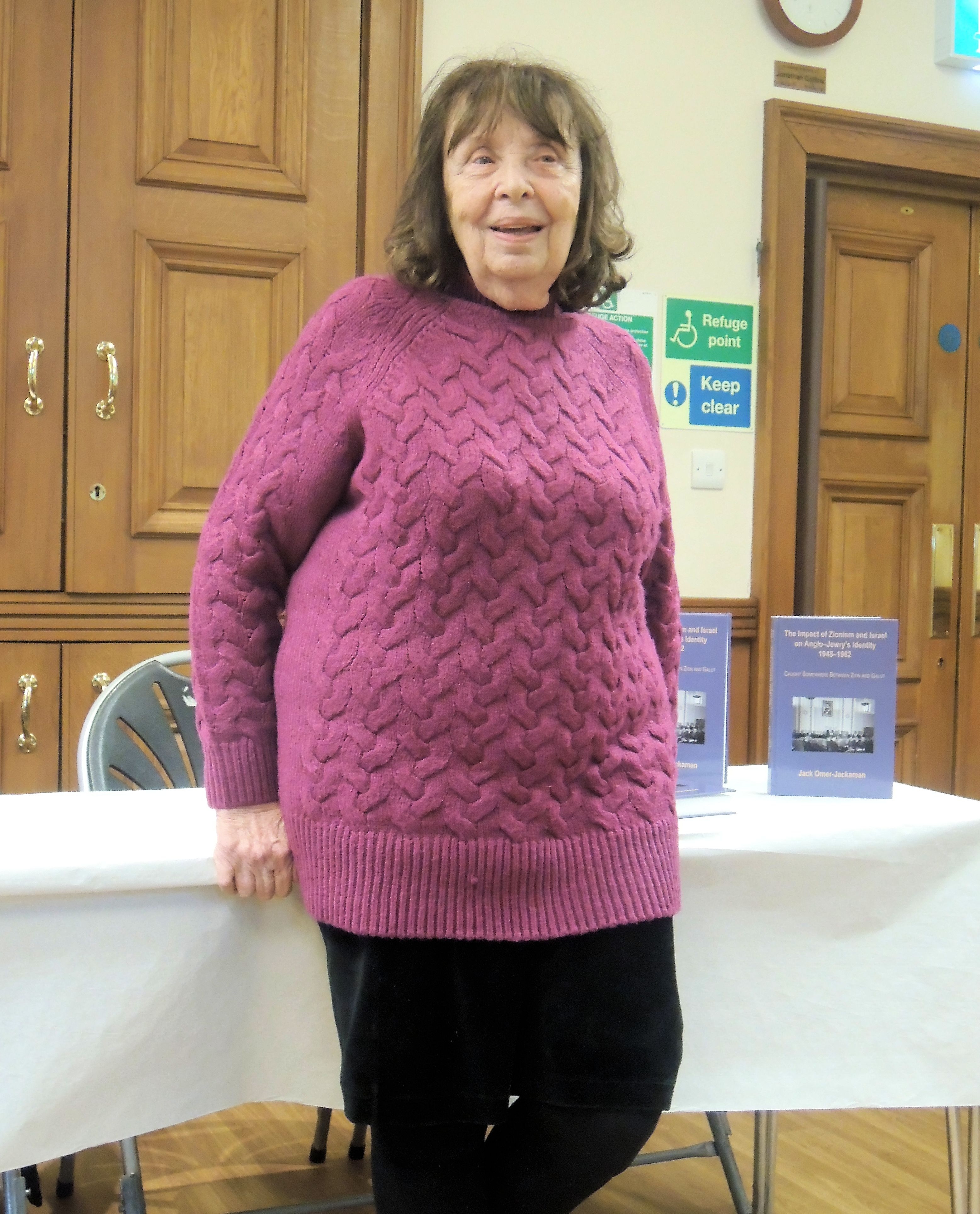 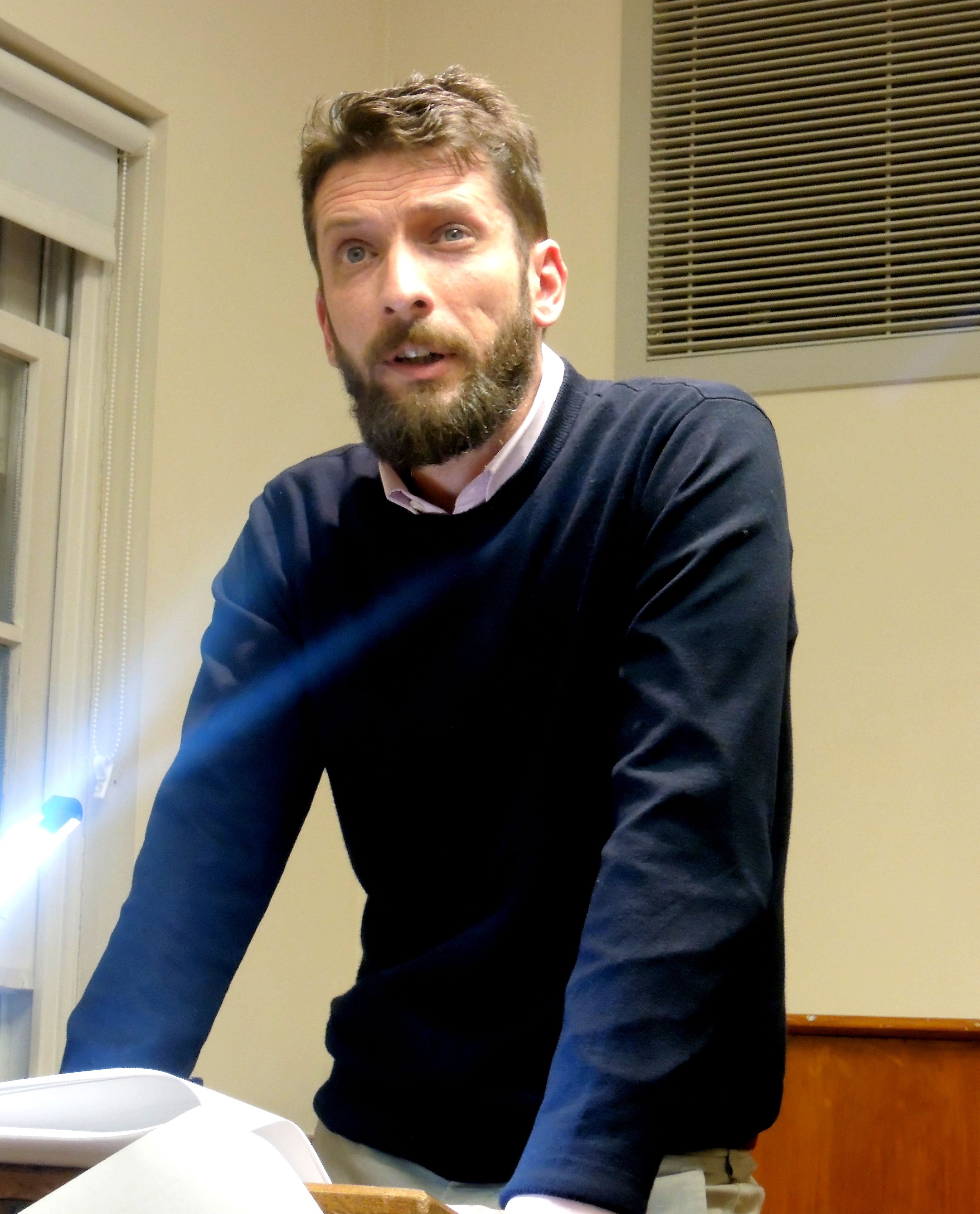 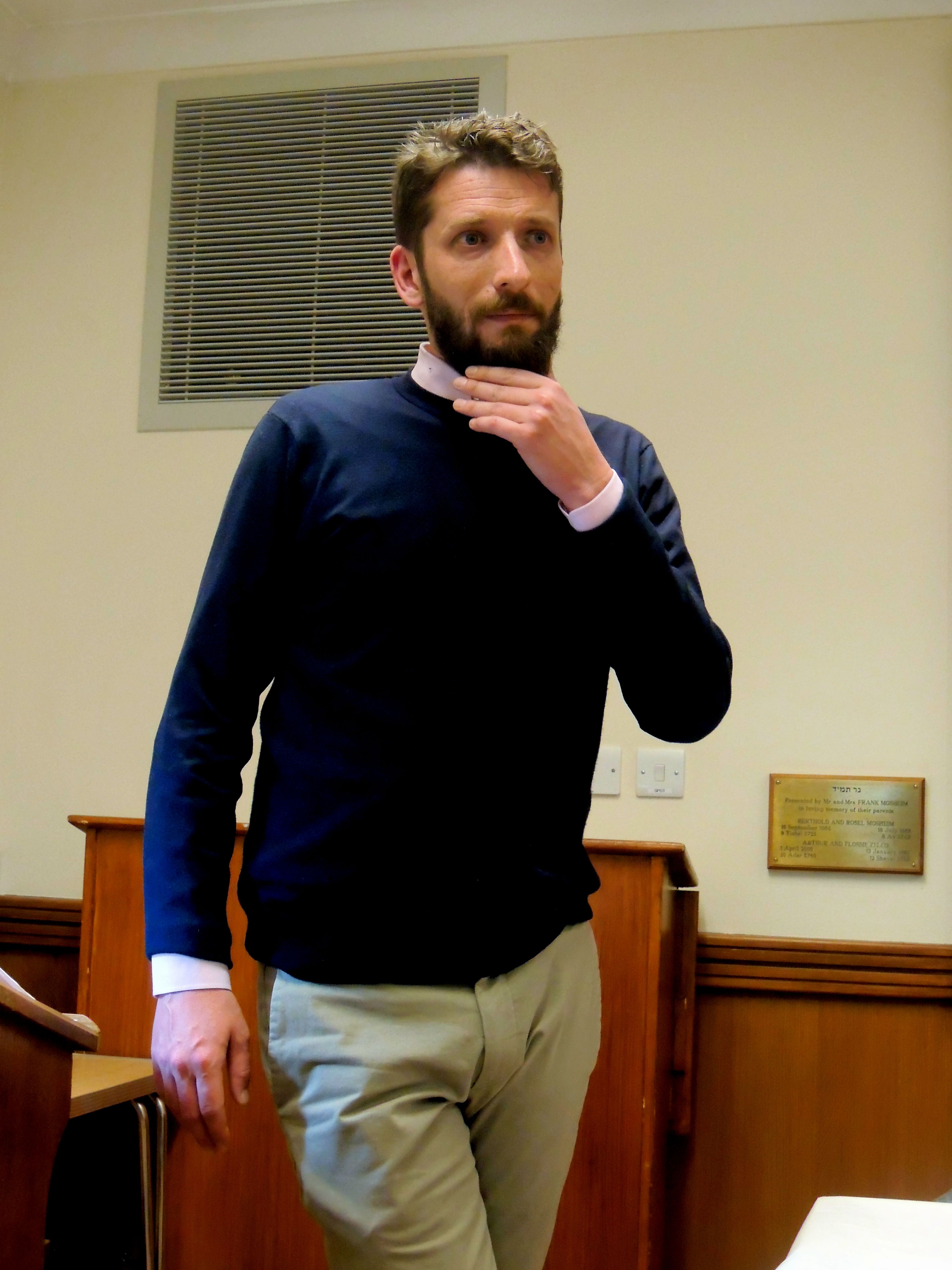 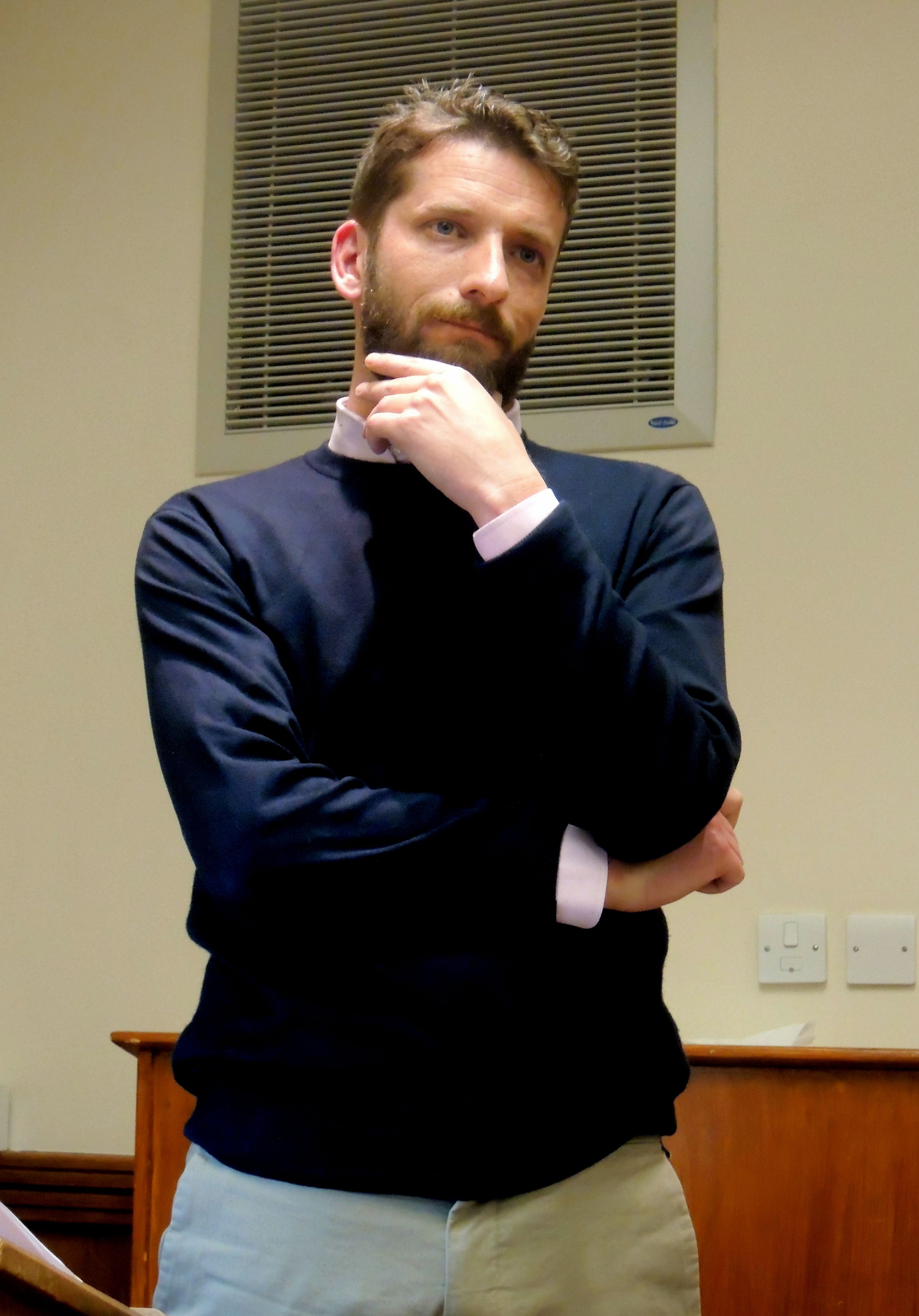 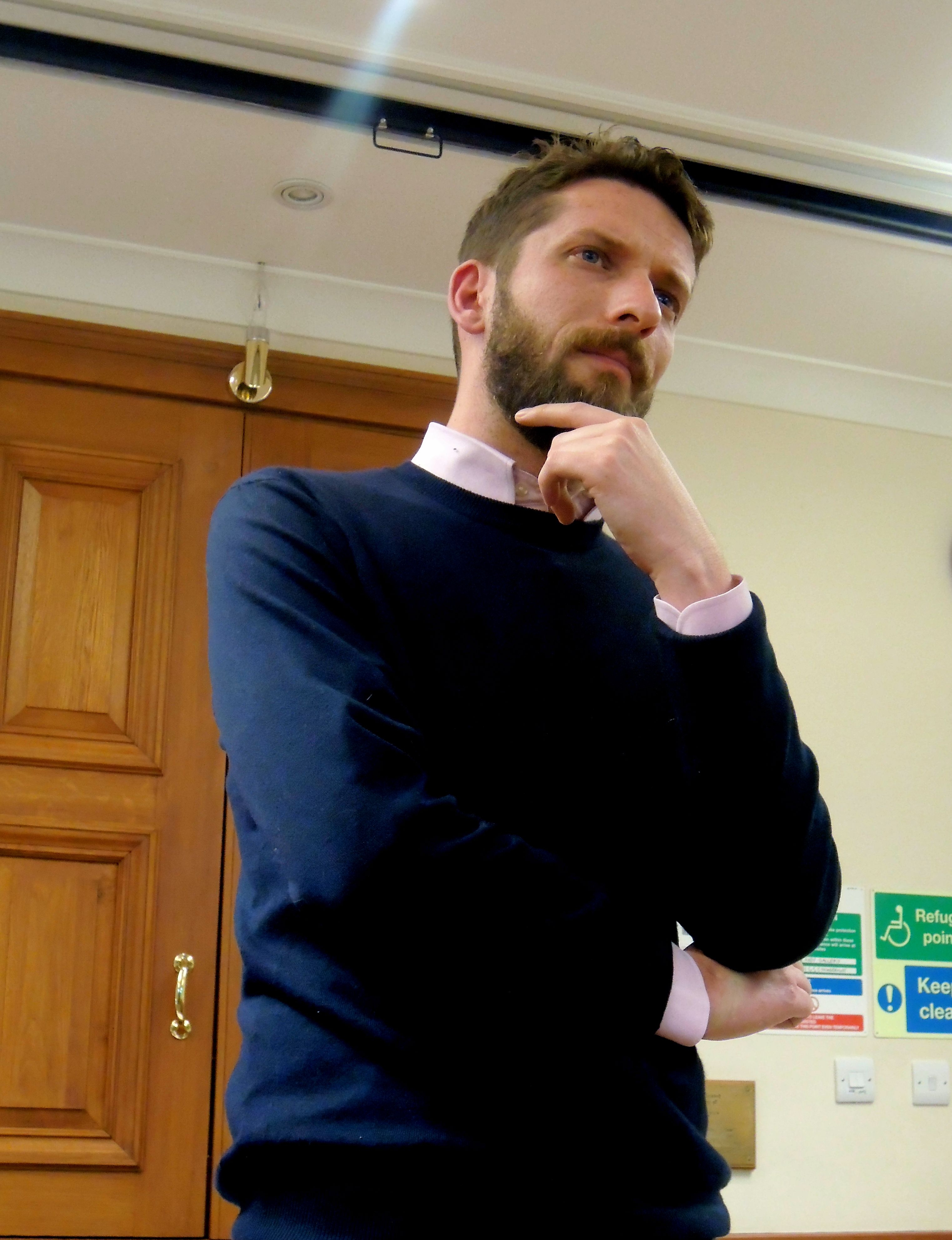 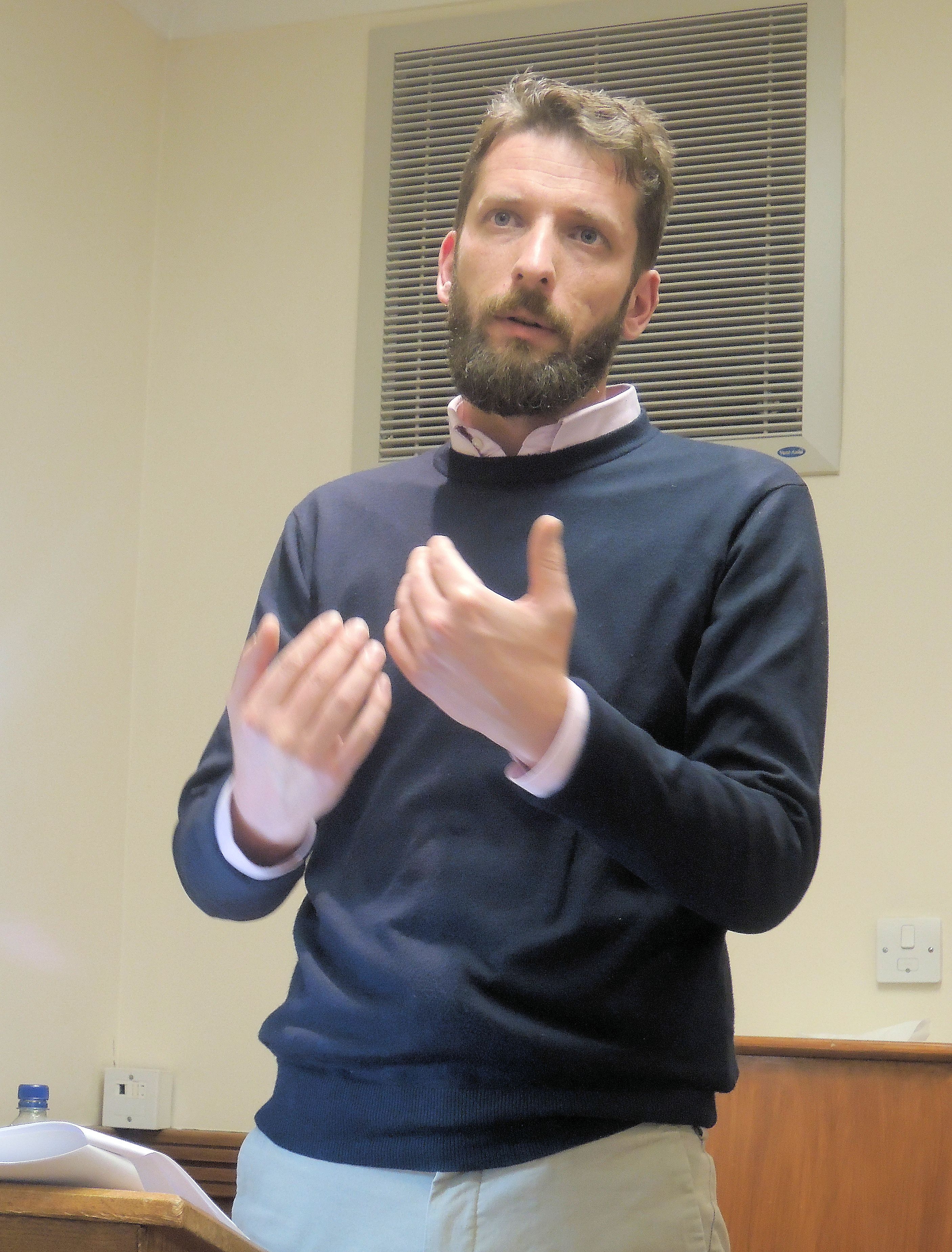 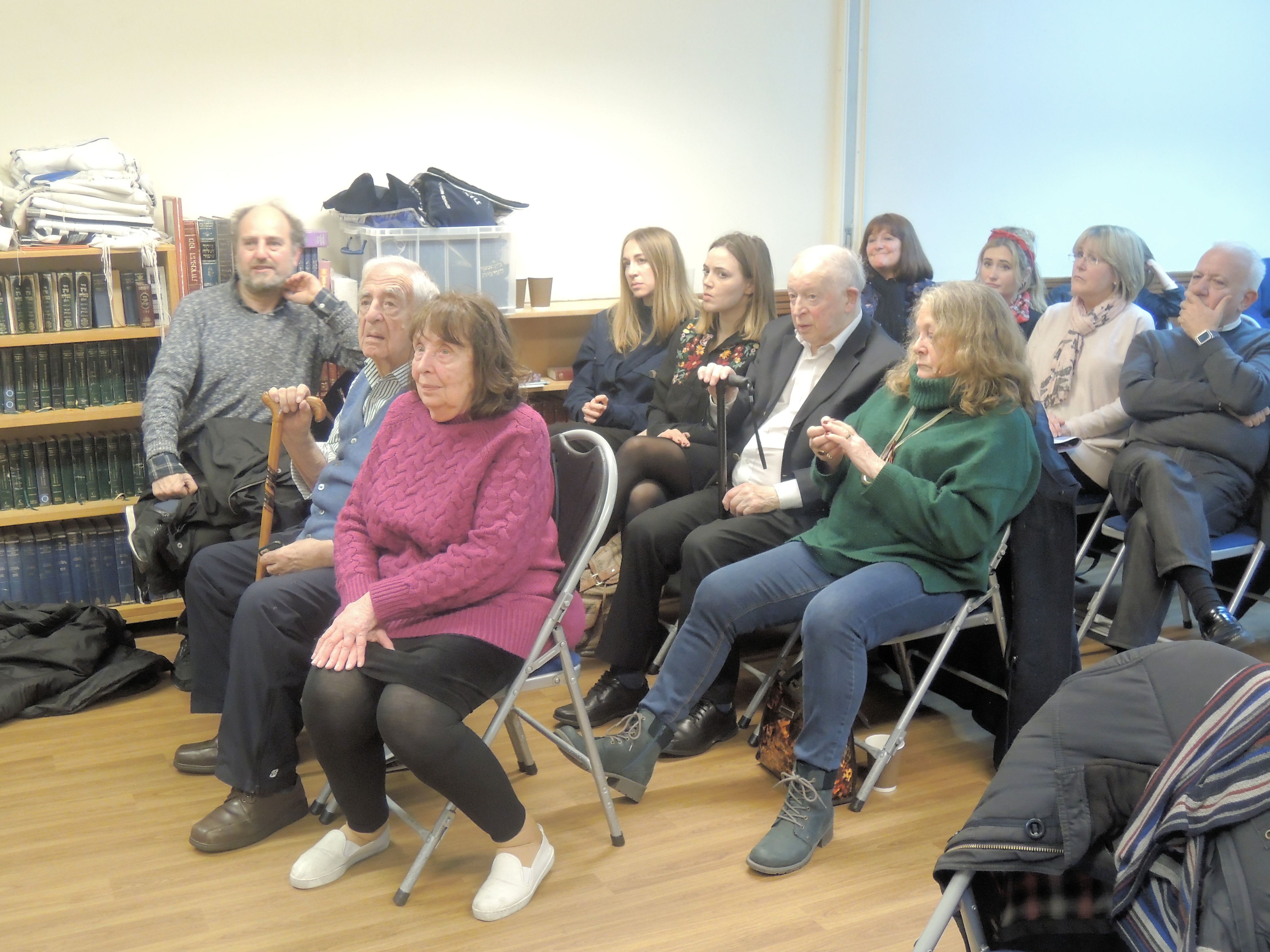 Below is the lecture by Dr Omer-Jackaman:

1.
Thank you Nitza for that warm welcome and to all of you for braving the cold and coming out to celebrate the launch of this book. I shall quote my academic hero, the great Yehuda Bauer, who often opens a lecture using a line he imagines Henry VIII might have said to his many wives- “rest assured, I don’t intend to keep you too long!”
I think it wise, in these troubled times to establish some ground rules both for this talk and for the spirit of my book. They are not ideological or

political considerations of Zionism or Israel and their virtues or sins; Lord knows that particular field is crowded enough these days. Of course, the historian is foolish if they claim to be entirely free of bias- what else is archival research but a choice of one set of sources over another? Nonetheless, my book aims for a tone of disinterested analysis. Indeed, I hope you will find it refreshing that- for tonight at least- Zionism, and its effects and manifestations in this country are phenomena for careful observation rather than wounding political point-scoring; I know I will! Perhaps it is also a relief that we can have one night of from talking about Brexit!
The spirit in which I conducted my research is also in part guided by my status as a non-Jewish historian of the Anglo-Jewish community. I consider this an extraordinary privilege deserving of respect and sensitivity. As a researcher I was a guest in the community and in the annals of its history, and I take this responsibility very seriously. This story, although I have told some of it, is not mine. I think this especially important given that, to many, this is not some tale from long ago, but lived experience. I must acknowledge however, that my attempt at detachment does not mean that some of the ideas expressed by British Jews in the recent past, that
2
you will hear tonight, are not themselves controversial and troubling to a modern audience. The historian, their attempt at sensitivity notwithstanding, must go where the evidence takes them.
So, with that caveat in mind, onto the substance. My research started out, as these things often do, with a basic question: namely, in what ways did Zionism and the State of Israel affect how it felt to be a British Jew in the first decades after the establishment of the state in 1948.
This starting question dictated that I was as interested in thoughts and feelings as I was in actions. The concept was attractive both for its inherent interest, but also in that there seemed to have been little work done looking at this question. Existing literature assumed, rightly, that Israel had had a profound impact on the life of British Jews. But rarely did it explore this with much depth and nuance.
My book, although it tries to address this gap, only scratches the surface. It should in no way be seen as the last word on the subject; indeed, I hope it comes to function as a ball which other writers can pick up and run with. I do not cover everything, by any means. So rich is the story that a single volume of this length could not hope to. In the rest of the lecture I will take you on something of a whistle-stop tour of the major themes and issues discussed in the book. It will give you just a flavour, and I quite selflessly encourage you to read the book for the rest!

I used what I hope is a somewhat novel chronological-thematic structure, whereby I looked at specific issues within specific timeframes. So, you will hear about debates on Israel’s implications for Anglo-Jewish citizenship in the late 1940s and 50s; about the impact of Holocaust awareness on the development of identification with Israel in the 60s; about the unifying and galvanising effects of the Six Day War; and finally about the opposite of this; of Zionism and Israel as divisive communal phenomena
3
following the growth of right-wing Zionism in the 1970s and the 1982 invasion of Lebanon.
The era immediately following the achievement of Israeli statehood was clearly one of adjustment for British Jews. All that had been hoped for by British Zionists, both activist and armchair, had been achieved, and the Jewish State was now a reality. However, this was not an uncomplicated transition. Nor, pre-1948, had Zionism attracted universal support within Anglo-Jewry. Indeed, a great many prominent and vocal Jews argued against it.
The arguments between Zionists and what I have called the civic anti and non-Zionists by no means vanished after 1948, where traditional historiography tends to leave the story. The rationale which fuelled these Jewish opponents of Zionism can really be summed up in the words “dual loyalty”. They interpreted Jewish emancipation and the maintaining of favourable conditions for Jews in a non-Jewish society as being dependent on demonstrating to non-Jewish opinion that Jewish loyalty to the nation superseded loyalty to the Jewish collective. In other words, it somewhat accepted the power of the centuries old antisemitic canard that Jews were a self-elected “people apart”, whose fundamental otherness made them unsuitable for full membership of the nation, and tried gently to refute it.
Even non-Jewish champions of Jewish emancipation often seemed to accept the basic logic of this antisemitic notion. When the Jews’ great advocate in revolutionary France, Clermont Tonnerre, said in 1789 that the new France must ‘refuse everything to the Jews as a nation and accord everything to Jews as individuals’ and ‘refuse legal protection to the maintenance of the so- called laws of their Judaic organization’ what he meant was that emancipation would make Jews equal citizens but that in return Jews must forego collective Jewish national bonds and representation and belong only to the nation of France.
4
Despite the fact that British emancipation proceeded in a less dogmatic and rather more classically British laisez faire fashion, multiple generations of well-established British Jews accepted the basic thrust of the argument, went to great lengths to stress their patriotic loyalty to Britain, and believed that British emancipation and integration constituted a great Jewish success story.
Therefore, when it emerged in the late nineteenth century, Zionism seemed to them an alien and dangerous idea. Not only did it advertise itself as a