JEWISH PARTICIPATION IN THE FIRE SERVICE IN THE SECOND WORLD WAR

JEWISH PARTICIPATION IN THE FIRE SERVICE IN THE SECOND WORLD WAR 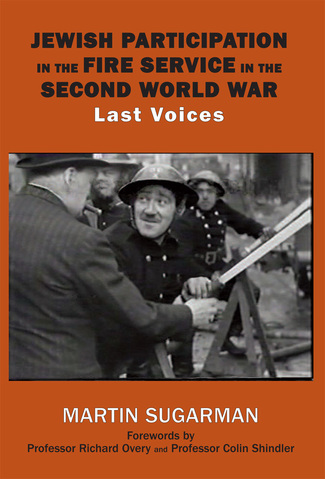 The heroic story of Jews during the Blitz is a hardly-known chapter in contemporary history. Martin Sugarman's new book on the subject throws light on their hardships and bravery, their heroisms and heartaches. Moments of joy, family support, women, anti-Semitism encountered awards and unrecognised heroes...

Gripping interviews on film, readings and testimonies from the book, photos galore... Come and meet the author, Martin Sugarman with his researcher Stephanie Maltman. Hear and meet Tom George, Assistant Commissioner of the London Fire Service, and altogether enjoy a delightful, educative and moving experience, honouring brave men and women without whom we might not be here today.

A Book launch by Martin Sugarman