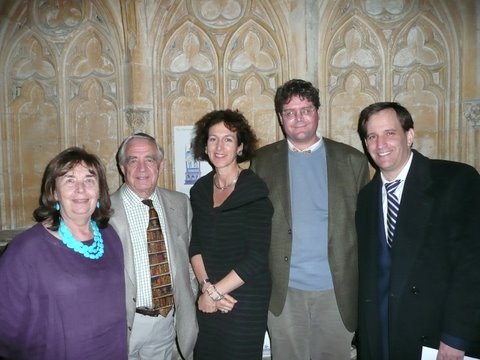 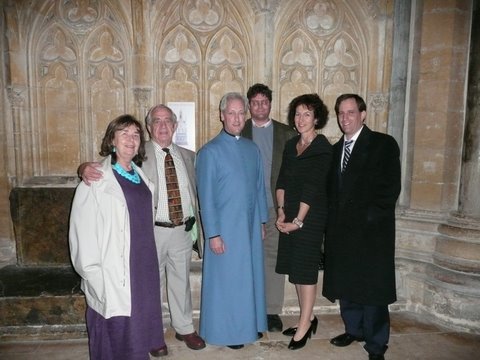 LINCOLN, on 8 October, 2009 — Lincoln Cathedral, with the Lincoln Jewish Community and Spiro Ark’s JTrails, unveiled a new plaque at Even Song to commemorate the 18 Jews who were killed as a result of the 1255 Lincoln ‘Blood Libel’, of which they were certainly innocent; and the Kaddish, the Hebrew prayer for the dead, was sung by a leading synagogue cantor, at the close of the Even Song and a solemn procession to the site of commemoration, the shrine of Little Hugh of Lincoln, as an act of memorial. Gillian Merron, MP for Lincoln and Minister of State for Health, also gave the Old Testament Reading during the service itself. The new sign had been written in a spirit of reconciliation by the cathedral, with the Lincoln Jewish Community and Spiro Ark’s JTrails. Following Evensong, the annual Bishop Grosseteste Lecture, was be given by Rabbi Danny Rich, the Executive Director of Liberal Judaism, on ‘The Jewish View of Jesus’.

Previously that day, a unique new Jewish heritage trail of the cathedral, was launched by Spiro Ark’s JTrails (which is believed to be the first of its kind) tracing the close links between the Jews of Lincoln and the Cathedral and their effects on the building and decoration of the cathedral and was lead by JTrails founder, Director, and Anglo-Jewish historian, Marcus Roberts. While the tragic role of the cathedral in the Blood Libel allegations is well known, it is less well known that a previous bishop of the cathedral, St Hugh of Avalon was a protector and saviour of both the Jews of Lincoln and Northampton and that Bishop Grosseteste commissioned Jews and Christians to work together on bi-lingual Bibles to teach Christians Hebrew. New research for this trail has also revealed that not only are Jewish legends used as the inspiration for sculptures in the cathedral and that the cathedral builders probably consulted directly with local Jewish scholars, but Jews may have also played a direct role in the design of the famous West Front Frieze. Further, Aaron the Jew of Lincoln, financed the building of the historic Bishop’s Palace and may even have financed the rebuilding of the Cathedral after the earth quake of 1187.