Jerusalem on the Amstel

Jerusalem on the Amstel 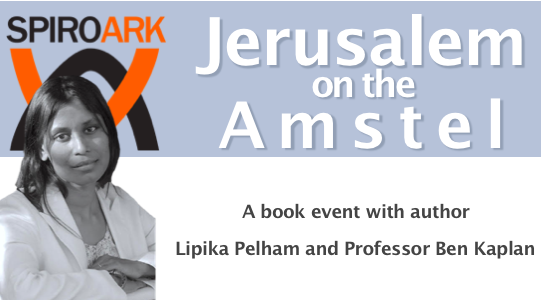 Lipika Pelham, the author, and Professor Ben Kaplan, chair of Dutch History department at UCL, will talk about first modern Jews,  how did the converted Catholics come to be known as the pioneers of Jewish enlightenment, what is modernity – more specifically, what is Jewish modernity.

They will discuss how the Amsterdam Sephardim produced a whole host of identities that Jews adhered to for the first time – cosmopolitan, rejectionist, dual religious, reformist, and finally, nationalist. Amidst these multiple strands of identities, another phenomenon was taking shape – that was Jewish  enlightenment, which would evolve into, or to explain in a more cohesive term, would include into its fold, the modern Zionist thoughts.

They will move onto how integrated into Dutch society the Amsterdam Sephardim became, to what extent they retained an Iberian identity, and why they were called “Hebrews of the Portuguese Nation”, what effect the converso experience had on them, relations between the Sephardim and Ashkenazim, the role and personality of the rabbis, their engagement with Christians and Christian ideas.

They will touch upon — Who is a modern person? Is it someone who’s a “boundary-pusher”, who’s dissatisfied with the traditional communal identity, and insists on or struggles to establish their own – which is an amalgam of the influences of their environment? Such an identity will only flourish in a liberal, tolerant environment, where the fear of persecution is suppressed, eradicated or banned by legal decree. Seventeenth Century Amsterdam was such a society.

They will talk about how tolerant Dutch society was/is.

The story of the Iberian New Christians-turned-Jews settling in Amsterdam carries a timely relevance in the modern world where in recent decades a great many people have been displaced from former Yugoslavia to Afghanistan to Syria to Iraq to Libya to sub-Saharan Africa. The author Lipika Pelham and professor Ben Kaplan will discuss in this context, the idea of tolerance, and whether or not it can be
achieved by law. The sixteenth century Dutch legal act to support religious and ethnic tolerance collapsed tragically during WWII leading to the Dutch Holocaust. How do we instil acceptance, organically, into today’s identity politics?