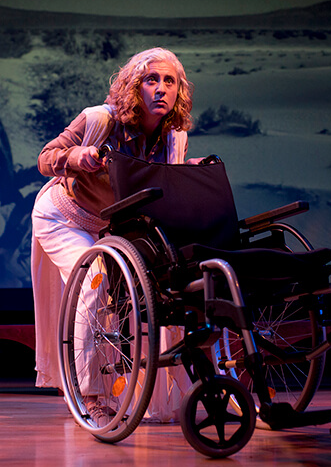 Coming all the the way from California, for one night only, Deborah Eliezer acts out the story of her Iraqi- Jewish father. 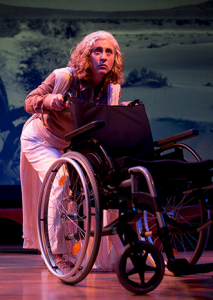 It was not until Eliezer’s father had begun his descent into dementia that she began to piece together his past – a Jew, born in once-cosmopolitan Iraq, member of the Zionist underground in the aftermath of World War II, a fugitive to America. In the process, Eliezer comes to a fuller understanding of her own identity.

-“Eliezer is an expressive actor, and her story, lyrical and affecting, is one you’ve probably never heard before.”
Jean Schiffman, San Francisco Examiner