CITY OF DEVILS – A Shanghai Noir

CITY OF DEVILS – A Shanghai Noir

Date: Wednesday 4th December 2019
Time: 19.30
Venue: Hampstead Garden Suburb Synagogue,
Norrice Lea, London , N2 0RE
Tickets: £10
SPIRO ARK AND HAMPSTEAD GARDEN SUBURB SYNAGOGUE
INVITE YOU TOCITY OF DEVILS
A  S h a n g h a i  N o i rA BOOK EVENT WITH THE AUTHOR, PAUL FRENCH AND DR ZVIA BOWMAN
Paul French, the author and Dr Zvia Bowman, an expert on East Asia and Chinese Language and Literature will take you to Shanghai of 1930s when that city could give Chicago a run for its money!
1930s Shanghai was also a city with more than its fair share of Jewish characters –
Russian emigres, entrepreneurs, refugees from fascism, property millionaires, opium
dealers, entertainers and a few gangsters too…Born and currently based in London, Paul French lived and worked in Shanghai 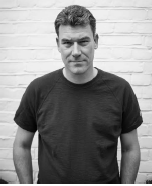 for many years. After a career as a widely published analyst and commentator on
China he is now a full time author, scriptwriter and historian focusing on China and Asia in the first half of the twentieth century. His true crime book Midnight in Peking was a New York Times Bestseller, a BBC Radio 4 Book of the Week, a Mystery Writers’ of America Edgar award winner for Best Fact Crime and a Crime Writers’ Association (UK) Dagger award for non-fiction.Dr Zvia Bowman was born in Beijing, People’s Republic of China. Her family was the last Jewish
family to leave China. She obtained her PhD from the University of Toronto in Canada and taught
Chinese language and literature at the Hebrew University of Jerusalem from 1983 to 1989. Since
1993 she has been teaching these subjects at the School of Oriental and African Studies (SOAS), University of London. She has published several articles on the history of the Jews in Harbin and on Chinese literature, and is completing a book on the history of the Harbin Jewish community.