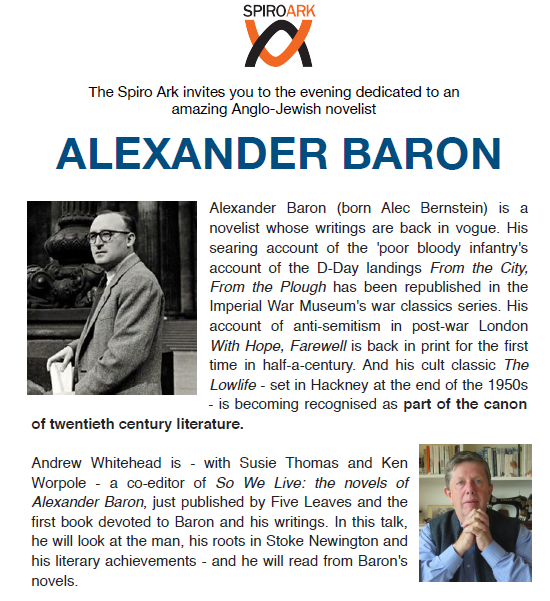 Alexander Baron (born Alec Bernstein) is a novelist whose writings are back in vogue. His searing account of the ‘poor bloody infantry’s account of the D-Day landings From the City, From the Plough has been re-published in the Imperial War Museum’s war classics series. His account of anti-semitism in post-war London With Hope, Farewell is back in print for the first time in half-a-century. And his cult classic The Lowlife – set in Hackney at the end of the 1950s – is becoming recognised as part of the canon of twentieth century literature.

Andrew Whitehead is – with Susie Thomas and Ken Worpole – a co-editor of So We Live: the novels of Alexander Baron, just published by Five Leaves and the first book devoted to Baron and his writings. In this talk, he will look at the man, his roots in Stoke Newington and his literary achievements – and he will read from Baron’s novels.